This home has great potential, and with some work, it could be something special! Renovators or sweat equity seekers, here’s your opportunity to create your dream home. It starts with a great interior location within a beautiful neighborhood. Inside there is plenty of space with 5 bedrooms. But the best plan would be to turn bedrooms one and two into a wonderful master suite! There are some great features like the hardwood floors, the full mason gas fireplace, a complete set of stainless steel appliances from 2014, and many of the windows are newer. Great bones & space, but come see for yourself. For more details click here. For more homes for sale in Arlington Heights visit www.ExclusivelyArlingtonHeights.com. Call us at 847-963-0400 for any of your real estate needs or visit us online at www.C21TPG.com.

More pictures and details can be found here.

The Pinnacle Group just sold this home in Inverness, IL. This Inverness Shores home has a spectacular location & fabulous views of nature preserve! It sold for 94% of its list price and went under contract in November of 2014 and closed yesterday.  For more details click here. For more homes for sale in Inverness visit www.InvernessForSale.com. Call us at 847-963-0400 for any of your real estate needs. 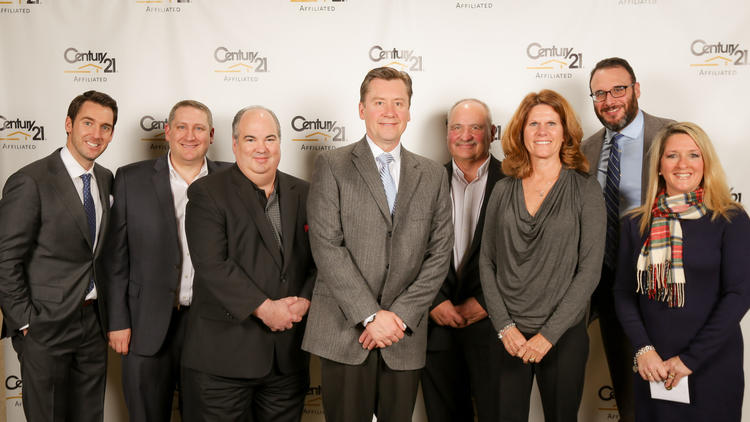 The article below is from the Chicago Tribune, we thought it was worth posting.

“Dedication, knowledge and commitment are common characteristics of any successful sales team, The Pinnacle Group managed to surpass even these standards of excellence to provide their customers with exemplary service,” said Thomas Bretz, CEO of CENTURY 21 Affiliated. “This team of seasoned business professionals are leaders and innovators in the real estate industry and an asset to homebuyers and sellers in the community.”

The Century 21 Affiliated Pinnacle Group specializes in luxury homes in Barrington and the surrounding communities and has over $300,000,000 in sales since 1999. This is the second year in a row they have received the Double Centurion Team Award and are ranked within the top 50 Century 21 sales teams in the country.

“The hard work and diligence displayed by Chris, Katherine, Heidi, Sharon and Ronald is a true example of the sales force guiding our company. We are thrilled to have a sales team of their caliber as a part of our franchise,” said Bretz.

To learn more about The Pinnacle Group visit www.c21tpg.com.

This article is from the Chicago Tribune. You can see the original article here.

Just Listed – Home For Sale in McIntosh of Inverness

There are a lot of great unique features in this McIntosh subdivision home we just listed. Take a look at just a few below.

Look at this 3 season room.

This is a fantastic theater area with a fireplace & more seating behind the camera.

This room is open to the large kitchen & look at this two story stone fireplace.

Even the secondary bedrooms have size and character.

There is even a generous workout room.

There is much more to see in this 5,540 sq. ft. home, but in case you were wondering about its curb appeal, below is a picture of the front.

Pride of ownership is reflected both inside & out of this spectacular McIntosh center entry colonial in a desirable interior cul-de-sac location! In all, there are 5 bedrooms, 5 full baths, 4 fireplaces, and a 3-car garage. The island kitchen is spacious and open to the large family room with vaulted ceiling. There is even an in-law suite with private access. The lower level is beautifully finished with a theater area, bar, billiard room & gym. It’s all on a picturesque lot with a beautiful backyard. For more details and pictures visit www.350Plymouth.com. Call us at 847-963-0400 if you would like to make an appointment, or for any of your real estate needs.